The Definitions of Gamification

This article will focus on what the term gamification means and what it does not. As gamification heavily relies on the concept of games, I will first undertake to find a suitable definition for games.

In the English language, unlike in German, French, Russian, Spanish and Hungarian, there exist two morphologically unrelated words for expressing two similar yet differing concepts: game and play. It is, therefore, necessary to distinguish between these two terms. (For an insightful analysis of how languages differentiate between the concept of game and play see Huizinga, 1949, pp. 28-45).

This discrepancy is also emphasized by Salen and Zimmerman (2004, p. 72), who establish a complex relationship between game and play. According to the co-authors, they are both subcategories within each other. From a descriptive perspective, “games are a subset of play”, while from a conceptual perspective, “play is an element of games”.

French intellectual Caillois (1961) also articulates this division by introducing the terms ludus and paidia. Paidia, from the Greek for child, is defined “as a word covering the spontaneous manifestations of the play instinct” (p. 28), and “is active, tumultuous, exuberant, and spontaneous” (p. x). Ludus, from the Latin word meaning games, takes place “at the opposite extreme” (p. 13), and represents “calculation, contrivance, and subordination to rules” (p. x).

As the distinction between games and play will be rather significant for establishing the boundaries of gamification, play and games will be defined separately in the following subchapters.

Early-twentieth-century philosopher Santayana (1955, p. 19) describes play as “whatever is done spontaneously and for its own sake”.

Conversely, Soviet psychologist Vygotsky (1967, p. 16), talks about play as a “purposeful activity”, and a “source of development” which “also creates the zone of proximal development of the child”.

According to Caillois (1961, p. ix) play is “free, separate, uncertain, and unproductive, yet regulated and make-believe”.

For the purposes of this work I will rely on Salen & Zimmerman’s concept (2004), as it clearly separates games from play. The definition they provide for play is a seemingly broad one, however, it is fully synchronized with the complex relationship suspected between games and play. The authors provide the following definition: “Play is a free movement within a more rigid structure” (p. 304). Salen & Zimmerman also assert that play can manifest in three ways: (1) in game play, (2) in ludic activities such as playing with a ball, and (3) when being playful, e.g. with slang words, by dressing or walking playfully.

One important element games have but play does not is that of a quantifiable outcome. In play we have no winning state, therefore while games are, play is not ideal for educational settings (Kapp, 2012, p. 8).

One of the most frequently cited books in the field of game theory is Homo Ludens by Dutch historian Johan Huizinga. In his book, Huizinga (1949) introduces the concept of the magic circle. Games create a magic circle around the player in which it is not the rules of “ordinary life” that apply but the rules of the game itself. Although Huizinga did not make a difference between games and play, and he provided the definition to follow for play, Salen & Zimmerman (2004) list it among definitions for games.

play is a voluntary activity or occupation executed within certain fixed limits of time and place, according to rules freely accepted but absolutely binding, having its aim in itself and accompanied by a feeling of tension, joy and the consciousness that it is "different" from "ordinary life" (Huizinga, 1949, p. 28).

Salen & Zimmerman’s (2004) definition incorporates both the notion of rules and the separation from ordinary life: “A game is a system in which players engage in an artificial conflict, defined by rules, that results in a quantifiable outcome” (p. 80). The elements in the game as a system are strongly interconnected as certain behaviour is for instance rewarded with a certain amount of points. The artificial conflict players engage in is a contest separated from “’real life’ in both time and space” (p. 80).

This definition is further extended by Kapp (2012, p. 7) with Koster’s (2005) notion of emotional reaction as such: “A game is a system in which players engage in an abstract challenge, defined by rules, interactivity, and feedback, that results in a quantifiable outcome often eliciting an emotional reaction.”. In Kapp’s definition, the game is not completely separated from the rules of reality, as it mimics real-life situations and procedures. Not only do players in Kapp’s concept interact with the system but also with each other and with the content of the game. Based on Koster’s work, Kapp also emphasises that emotions and feedback are fundamental characteristics of games. He describes emotions games evoke as strong and the feedback games provide as “instant, direct, and clear” (p. 8).

For the purposes of this thesis, I will adopt this extended definition of games, since it is in line with both Salen & Zimmerman’s definition for play and with the definition of gamification which is to be described in the following subchapters.

One last concept which needs to be defined, as it will be placed in the core of each definition for gamification, is that of game design.

According to Salen & Zimmerman (2004, p. 80), “game design is the process by which a game designer creates a game, to be encountered by a player, from which meaningful play emerges”

Werbach and Hunter (2012, p. 130) also emphasize that in order to create engaging games, the game designer must work “based on an understanding of player desires, technological feasibility, and business objectives”. They also distinguish game design from game development, which only covers “the technical implementation of a game”.

Gamification is a fairly new term with many precursors. Deterding, Dixon, Khaled, & Nacke (2011a) assert that its “first documented use” occurred in 2008. Werbach & Hunter (2012, p. 25), however, date it back to 2003, when British game designer Nick Pelling “established a short-lived consultancy to create game-like interfaces for electronic devices”. Either way, it was only “in the second half of 2010” that gamification saw widespread adoption in its current sense (Werbach & Hunter, 2012; Deterding, et al., 2011a). Since 2010, researchers have formulated a number of definitions for gamification. In this section, the most commonly adopted ones will be reviewed.

One of the most influential thought leaders in the area of gamification is Sebastian Deterding. In 2011 May, Deterding, O’Hara, Sicart, Dixon & Nacke (2001b, p. 1) reported that gamification had been in use as “an informal umbrella term for the use of video game elements in non-gaming systems to improve user experience (UX) and user engagement”. They articulated the need for integrating the numerous notions and research ventures inspired by game design in one system under the field of human-computer interaction (HCI).

In September, 2011, the group led by Deterding published a paper in which they proposed the following definition. “Gamification is the use of game design elements in non-game contexts” (Deterding, Dixon, Khaled & Nacke, 2011a, p. 10). This definition distinguishes gamification from systems which employ full-fledged games rather than game elements, and it does not include all game elements either, only a subcategory called game design elements. The use of game technology and game practices is thus excluded from the term gamification. Moreover, gamification is not even bound to the use of any digital technology.

Just a month before Deterding et al.’s paper appeared, Zichermann and Cunningham (2011, p. xiv), had published a book with the title Gamification by Design. In their work, gamification is a much wider concept than in Deterding et al’s, as it purposefully blends various notions, such as those of “serious games, advergaming, and games-for-change” (p. xiv), which mostly employ full-fledged games in non-game contexts. Attempting to grasp the underlying motives as well, they define gamification as “the process of game-thinking and game mechanics to engage users and solve problems”. Despite the broadness of the concept in hand, by identifying the potential goals of gamification, Zichermann and Cunningham might exclude threads Deterding et al’s definition does not.

In 2013, Zichermann reformulated his original definition with the help of Linder. The modified definition also integrates ideas from loyalty programmes – such as frequent flyer programmes – which are thought to be the precursors of gamification. With more focus on business and employee / customer engagement, Zichermann & Linder (2013, p. xii) define gamification as “implementing design concepts from games, loyalty programs, and behavioral economics to drive user engagement”.

Zichermann & Cunningham’s (2011) definition was also refined by Kapp (2012, p. 10), who highlighted several other goals gamification was meant to achieve. According to Kapp, “gamification is using game-based mechanics, aesthetics, and game-thinking to engage people, motivate action, promote learning, and solve problems”. Kapp’s primary focus is on gamification as a tool for promoting learning. He emphasizes that many of the techniques of gamification have their foundations in educational psychology and also points out that educators have been implementing such techniques, for instance point systems or instant corrective feedback, for years. The difference between these educational practices and gamification, Kapp argues, lies in how gamification combines those elements to create game-like experiences.

Finally, Werbach & Hunter’s (2012, p. 26) definition is quite similar to that of Deterding et al (2011a). It sounds as follows: “The use of game elements and game-design techniques in non-game contexts”. This definition works with a different concept of game elements and separates game-design techniques from game elements in order to emphasize that successful gamification is more complex than applying a few elements. Similarly to Zichermann & Cunningham (2011) and Kapp (2012), Werbach & Hunter (2012, p. 131) identify game thinking, i.e. “the process of addressing problems like a game designer, by looking at how to motivate players and create engaging, fun experiences”, as the basic approach employers of gamification should adopt.

Having defined gamification, I will proceed by situating it and the concepts related to it in the larger field by following Deterding et al.’s (2011a) classification.

They claim that gamification is a field of study situated in human-computer interaction (HCI) and game studies. Since there exist a number of other game-related phenomena in that area, it is necessary to distinguish gamification from other concepts within the field of HCI and game studies. For situating gamification, Deterding et al. rely on a concept called “gamefulness”, introduced by McGonigal (2011). Denoting the “qualities of gaming”, gamefulness is the basis of gameful design, a synonym for gamification (Deterding et al., 2011a, p. 11).

Kapp (2012) and Zichermann & Linder (2013) argue that gamification, albeit a fairly new term, is not a new phenomenon, as it has been around for years and as almost all major companies are implementing it. Companies which have embraced gamification include Microsoft, Nike, Volkswagen, USA Network, Foursquare (Werbach & Hunter, 2012; Zichermann & Linder, 2013), IBM, Apple, CNN, Adobe, Yahoo!, L’ORÉAL, Nissan, Ericsson and McDonald’s. Provided that predictions are accurate, by 2015, the year of the submitting the present thesis, “nearly 70 percent of the world’s largest enterprises will be using” gamification (Zichermann & Linder, 2013, p. xii), and by the end of the decade billions of dollars will be spent on it (Zicherman & Linder, 2013; Fuchs, 2014).

Not only is gamification believed to have been employed since the 1980’s (Werbach & Hunter, 2012), but some of its examples are also dated back several centuries. Zichermann & Linder (2013) contended that Napoleon’s grand challenge for finding a method to preserve food during times of war can also be designated as gamification. Furthermore, Fuchs (2014) found that gamification procedures had also been applied in the army as early as in Roman times.

There is a popular misconception about gamification, according to which gamification means merely applying three of the most common game elements, namely points, badges and leaderboards often abbreviated as PBL. All major authors emphasize that the application of those three game mechanics is insufficient for successful gamification (Werbach & Hunter, 2012; Zichermann & Cunningham, 2011; Kapp, 2012, Zichermann & Linder, 2013; Kapp, Blair & Mesh, 2014). The next section, therefore, aims to provide an overview and classification of game mechanics such as PBLs and more complex game elements which might further enhance engagement, the potential goal of gamification. 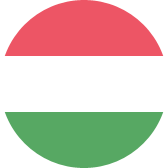